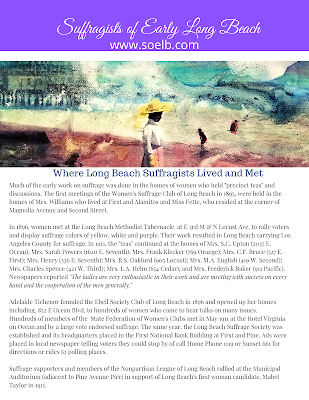 CLICK HERE TO DOWNLOAD
Much of the early work on suffrage was done in the homes of women who held "precinct teas" and discussions.

The first meetings of the Women's Suffrage Club of Long Beach in 1895, were held in the homes of Mrs. Williams who lived at First and Alamitos and Miss Fette, who resided at the corner of Magnolia Avenue and Second Street.

Adelaide Tichenor founded the Ebell Society Club of Long Beach in 1896 and opened up her homes including, 852 E Ocean Blvd, to hundreds of women who came to hear talks on many issues.

Hundreds of members of the State Federation of Women's Clubs met in May 1911 at the Hotel Virginia on Ocean and by a large vote endorsed suffrage. The same year, the Long Beach Suffrage Society was established and its headquarters placed in the First National Bank Building at First and Pine. Ads were placed in local newspaper telling voters they could stop by of call Home Phone 1119 or Sunset 661 for directions or rides to polling places.

Suffrage supporters and members of the Nonpartisan League of Long Beach rallied at the Municipal Auditorium (adjacent to Pine Avenue Pier) in support of Long Beach's first woman candidate, Mabel Taylor in 1911. 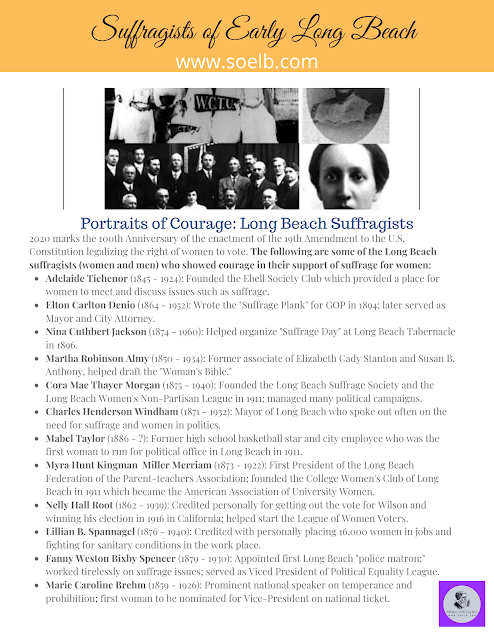 at July 24, 2020 No comments:
Email ThisBlogThis!Share to TwitterShare to FacebookShare to Pinterest
Labels: gerrie schipske, portraits of courage, suffragists of early long beach

at July 19, 2020 No comments:
Email ThisBlogThis!Share to TwitterShare to FacebookShare to Pinterest

It's Here! Buy it Today! 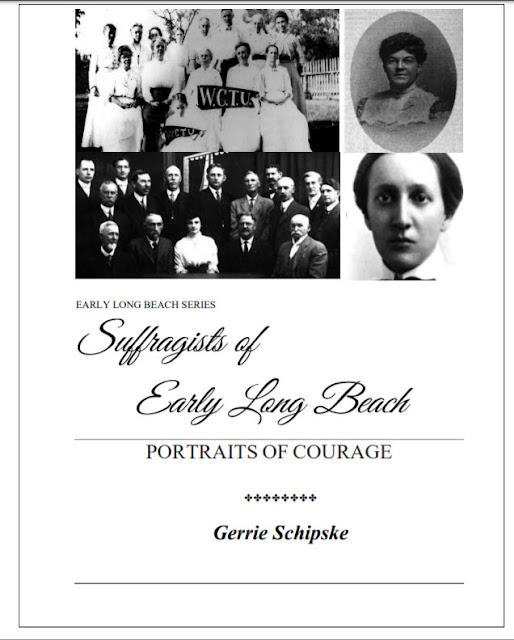 at July 19, 2020 No comments:
Email ThisBlogThis!Share to TwitterShare to FacebookShare to Pinterest
Labels: gerrie schipske, suffragists of early long beach 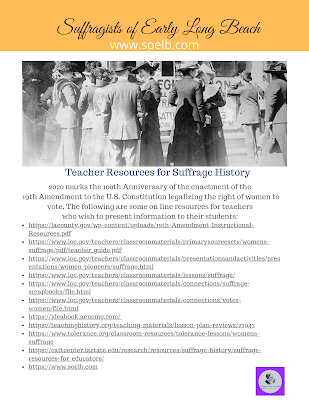 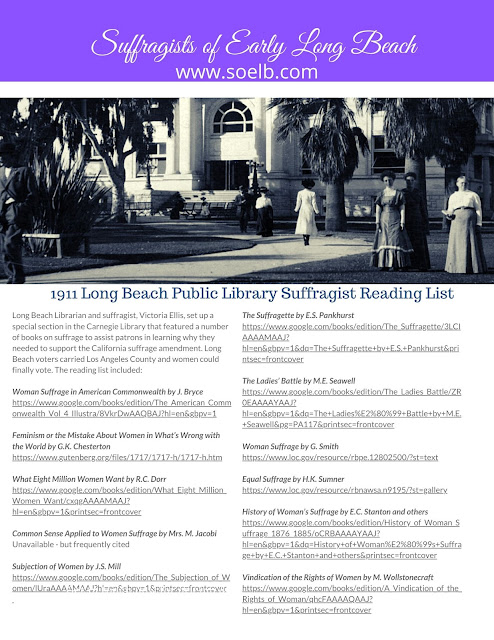 Timeline of Suffrage in the United States

Enjoy this short video which includes a timeline of suffrage in the United States and suffrage music.

Click here:  https://amazon.com/author/gerrieschipske  to order Suffragists of Early Long Beach on Kindle or in paperback. 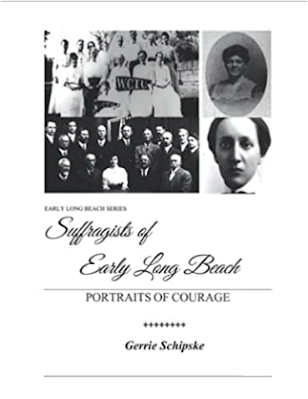 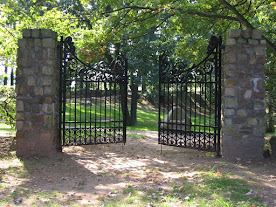 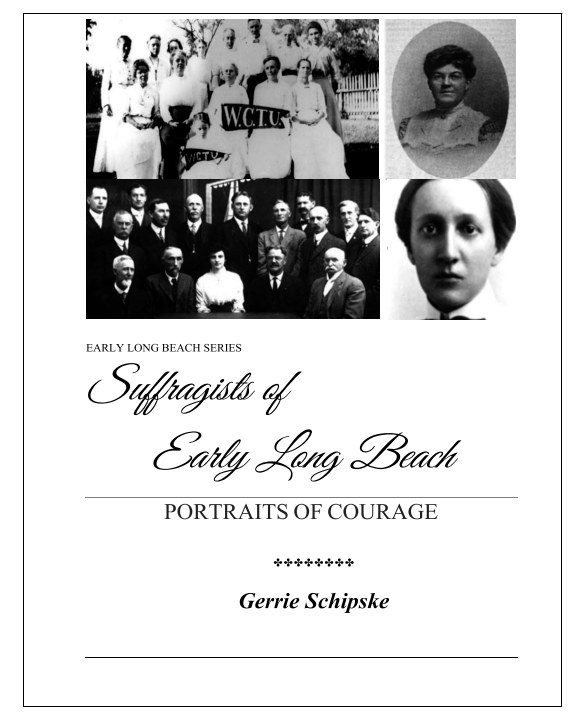 Map of Where They Lived and Met